skip to main | skip to sidebar

Promotion Packages - Available from January – May 2011

Fireflies are also called “Lightning Bugs”.
Named as they are nocturnal luminous of the beetle family Lampyridae, consisting of about 1,900 species that inhibit tropical and temperate regions.
The common glowworm is a member of this family. They shine in the night like fire to attract sexual partner.

Pickup guest for Fireflies Tour, our drive to Kuala Selangor taken approximately 1.5 hour and on arrival we visit Bukit Melawati where Fort Altingsbury is located.
The hilltop is crowned by a lighthouse and tall beautiful shady trees a haven for local birds, silvered leaf monkeys and long tail macaques.

At dusk we drive across the bridge over the Selangor River for a Seafood Dinner at the Fishing Village. After dinner we take a 15 minutes drive to a Malay Village, where we board a typical Malay 5 Seater wooden row boat (Sampan). Life jackets are provided and boatmen would row us along the river. Here, millions of fireflies present us with a dazzling display of lights flickering in synchrony that resemble twinkling electric lights on a Christmas tree. Studies have shown that male fireflies flash three times per second, while the female-emitting a glow of lesser intensity flash only once in three seconds. Only male fireflies flash in synchrony. We spend a few wonderful minutes beside these trees, marveling at the wonder of nature before returning to the jetty and heading for Kuala Lumpur.

What to Bring, Bring along one long sleeve t-shirt and extra cash for other purchase during the tour and don't forget to bring sense of adventure / fun / humor / enthusiasm and a flexible attitude!
Recommended Personal Gear, Use good walking shoes and comfortable cotton T-shirt or long sleeve shirt and long or short pant. Not to forget to bring your camera.


Optional Sightseeing:
Cost at RM90 each one (Only Transport in KUL) 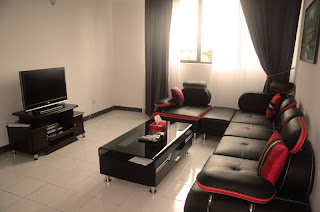 The months of September during Ramadan there are many specials available, of course RentNow Serviced Apartments does have several specials too. It is a perfect time to try us out and experience the difference a Serviced Apartment is to a Hotel. Imagine having a full apartment with several bedrooms, a living room, kitchen and 2 Bathrooms instead of a cramped Hotel room. You can have a suite like a movie star for the price of a Hotel room. If you are a group or a family than instead of renting 2 hotel rooms you can rent an Serviced Apartment and stay all together without being separated in different hotel rooms.
The months of September is the perfect time to test us because we have several promotions available. Just contact us at http://www.rentnow.my and ask us for the September special.
Posted by RentNow.my at 6:34 PM 2 comments:

Why Stay in a hotel if you can have an apartment? 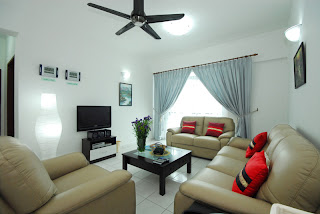 On my last trip to Kuala Lumpur I did decide to get a short term apartment instate of a hotel room. The attempt was to be more integrated into the culture instate of the hotel where you are just seeing other travellers. I did go with a place that is called RentNow.my and had a great experience and will not ever go back into a hotel. It is called a serviced apartment and you should try it on your next trip. If you go to Kuala Lumpur try RentNow.my.

I decided to post their information because all was great and the word should be spread.

RentNow Serviced Suite offers a selection of 2, 3 and 4 bedroom suites for daily, weekly and monthly rental. Ranging from 800 to 1400 sq ft, guest will find themselves feeling very much at home in our luxury designed suites. For added convenience our centralized location is only minutes walk from 3 major public transport rail systems.
---
Posted by RentNow.my at 2:01 AM 4 comments:

Malaysia’s Islamic background makes some people think that it’s going to be boring or dangerous. It’s far from true, Malaysia is a save country for anyone to travel, people are extremely friendly, natural disasters and storms only seem to happen across the border and the multi-ethnic population gets along well in most cases. In short Malaysians are very laid back, warm and friendly.

To know Malaysia is to love Malaysia, A bubbling, bustling melting pot of races and religions where Malays, Indians, Chinese and many other ethnic groups live together in peace and harmony. There are so many thinks to see and do in Malaysia; Why not take a leisurely walk around Penang where wafts of Chinese incense blend with durian while Indian tunes blast from an Indian shop. After that visit the Cameron Highlands where you can visit colonial tea plantations in the cool air of the highlands; or, on the Seribuat Archipelago, off the east coast of Johor, snorkel through coral gardens and lounge on a beautiful beach. For more adventure head to Taman Negara and track elephants, or how about the adventure to experience the depths of Sarawak and Sabah in the mythical Borneo the second biggest rain forest in the world where you can see wild orang-utans and climb massive Mt Kinabalu south east Asia’s 5th highest mountain? Boring? I don’t think so.

Malaysia is located against the Straits of Melaka, protected, against swells and tsunamis, this part of the peninsula has welcomed foreign visitors since the days of early traders. Such a convenient shipping route has, over the centuries, created a cosmopolitan culture that is well-schooled in English.

One of Malaysia's key attractions is its extreme contrasts. Towering skyscrapers look down upon wooden houses built on stilts, and five-star hotels sit several meters away from ancient reefs. A fascinating fusion of tradition and modernity, Malaysia's architecture today is a reflection of Asia's many styles, cultures and religions. These influences include Hindu-Indian, Arab-Muslim, Chinese and European. Portuguese, Dutch and British colonization have also influenced local architecture. Now, the country embraces an independent modern Malaysian vision whilst staying true to its rich culture and heritage.

For the perfect holiday full of surprises, eclectic cultures and natural wonders, the time is now, the place is Malaysia.
---
Posted by RentNow.my at 12:47 AM 3 comments: